Note: This article contains potential spoilers. You may avoid reading if you haven't watched the film yet but intend to.

It’s been a little over a year since we witnessed the humungous success of Ala Vaikunthapurramloo, which became the second biggest box-office grosser for the Telugu film industry. The film’s success is even more creditable because it released along with the Mahesh Babu starrer Sarileru Neekevvaru.

When the film was announced, I was unsure of its prospects, primarily because of the director of the film, Trivikram Srinivas. While he may not be as widely known as SS Rajamouli or Shankar outside his state, Trivikram has Telugu blockbusters like Attarintiki Daredi, Athadu and Jalsa to his credit. My concern was the seeming lack of uniqueness in the story of Ala Vaikunthapurramloo. It was in the all-too-familiar territory of a 'typical' Trivikram film.

Most Trivikram films follow a similar storyline: Mr. X, who is actually someone else, has to enter (or is forced to go to) a certain place due so unforeseen circumstances, where he manages to change everything/ punish all those in the wrong, and also resolve family issues of those living there.

Ala Vaikunthapurramloo follows a similar storyline: Bantu grows up being constantly subject to his father's scorn. However, when he learns of his real parentage, he decides to carve a place for himself within the family he truly belongs to.

Additionally, Trivikram’s films usually feature elaborate comic set-ups, emotional or message-loaded dialogues, fast-paced word-play and adrenaline-filled action. These elements have often succeeded, like in Attarintiki Daredi, but have also fallen flat at times, like in Agnyaathavaasi.

So what made Ala Vaikunthapurramloo (called ALV here onwards), with a storyline similar to Trivikram’s trademark films, so successful? The following six factors, in my opinion, were pivotal to the film’s extraordinary box-office run.

1. A platter of wide-ranging emotions

Films like ALV often get termed as mass, masala or family entertainers. But that's an over-simplification. Because the film is an amalgamation of multiple genres which come together through Bantu’s (Allu Arjun) interaction with numerous characters in the film.

These interactions, whether as part of the main plot or a sub-plot, take the audience on a fast-paced ride through an emotional amusement park. Before they even finish enjoying a particular ride, they are taken on the next one. If we divide the film into key segments (36 of them) and assign a primary genre to each, the genre spectrum looks something like this.

The action scenes in the film are choreographed imaginatively, while the songs tick all requirements of a Telugu mass entertainer, such as foreign locations, grand sets, family dancing and the hero’s signature steps. The use of unique props during fights (e.g. a chunni) is another trademark that I have come to appreciate in Trivikram films. The choice of a traditional Telugu song as the background score in the climax action piece makes the proceedings rather interesting for the audience, even it is not directly connected to the main plot.

These action scenes and songs (10 of them combined) work as clap-traps that come at regular intervals to keep the audience engaged in what is otherwise a wafer-thin plot. Smartly, these sequences (at the time codes in the graphic below) also handle the potential concern of visual monotony. For a film which centred around a house, even the grandest house can make the audience feel claustrophobic over more than two hours of viewing. These breaks take our attention away from the fact that all plot-related activities are actually happening inside that one house.

For a film packed with characters and sub-plots, it would be tedious for audience to understand and remember all the story arcs, and the backgrounds and motivations of each character, especially in what is meant to be a light and breezy entertainer. Strong writing comes to the film's aid here. All characters are explained without getting into expositions or voice-overs, both standard tropes often used by filmmakers. Valmiki’s character is defined with 60 seconds, when we see him comparing his scooter with Ramchandra’s Mercedes. The two following scenes (the naming ceremony and the changing of marks) lay out exactly what to expect from other characters in the film. And all this is done in a way that's essentially comedic. This pattern continues across characters and sub-plots, be it is the SP, the financier, Appal Naidu or Raj Manohar.

The introduction of these characters in an enjoyable manner gives the film a sense of pace and urgency. If one tries to look for logic, many things happening in the film need not have happened at that point in time. But we never feel that while watching the film, because the scenes work as well-crafted ‘show-pieces’.

Additionally, the film does not leave any of its sub-plots open. Whether it is the SP’s comedy track, or Raj Manohar not being able to speak up, or Ramchandra’s brother-in-law duping him, all tracks are resolved during the course of the film. These resolutions support the main plot, that of Bantu finding his rightful place in the house, and hence come across as organic.

4. Dialogues with a punch

Dialogues have been a major attraction across all Trivikram films, and ALV is no expectation. Scenes that would otherwise have been mundane conversations or functional expositions become a lot more because of their dialogues. Some of these dialogues are meaningful and message-oriented, while others are ‘punchlines’, depending on the scene’s context and potential.

Bantu and Ammu’s typical romantic nok-jhok turns out to be a strong scene when she explains to him: “When there’s weight on your head, you won’t look down. You will know it very soon. If you work hard, you will succeed.”

Or the punchline which comes right after the lobby fight: “Only two people have the power to create something. This planet and women. Why do you want to mess with them? …When someone says No to your offer, it means No. Most importantly, when a woman says No, it means No.”

A simple line said by Yasoda (Tabu) to Bantu (Allu Arjun) conveys so much more than just the emotions at that present moment. “Women accept complete strangers as their husbands. But they don’t accept a son they haven’t given birth to. I considered you my son the moment you went there in his place.” It completes the story arc, as well as Bantu’s victory of his biological mother finally accepting him.

Every Trivikram film features a highlight comedy sequence, typically in the second half. Here it comes via the boardroom scene, where Bantu uses the opportunity to answer questions using popular Telugu songs. In a masterstroke, Trivikram uses songs of currently-popular Telugu stars, including one of Allu Arjun himself. The placement of these songs, the situation each song addresses, as well as Allu Arjun’s energetic dances, make this one of the most enjoyable sequences in the film.

The entire film relies on a series of set-ups and pay-offs that keep the audience entertained through clever use of words and actions. Some of them, like the “lobby scene”, are where the set-up and pay-off happen immediately, while others, like the Gap & Very Bad dialogues, makes their presence felt across the film. 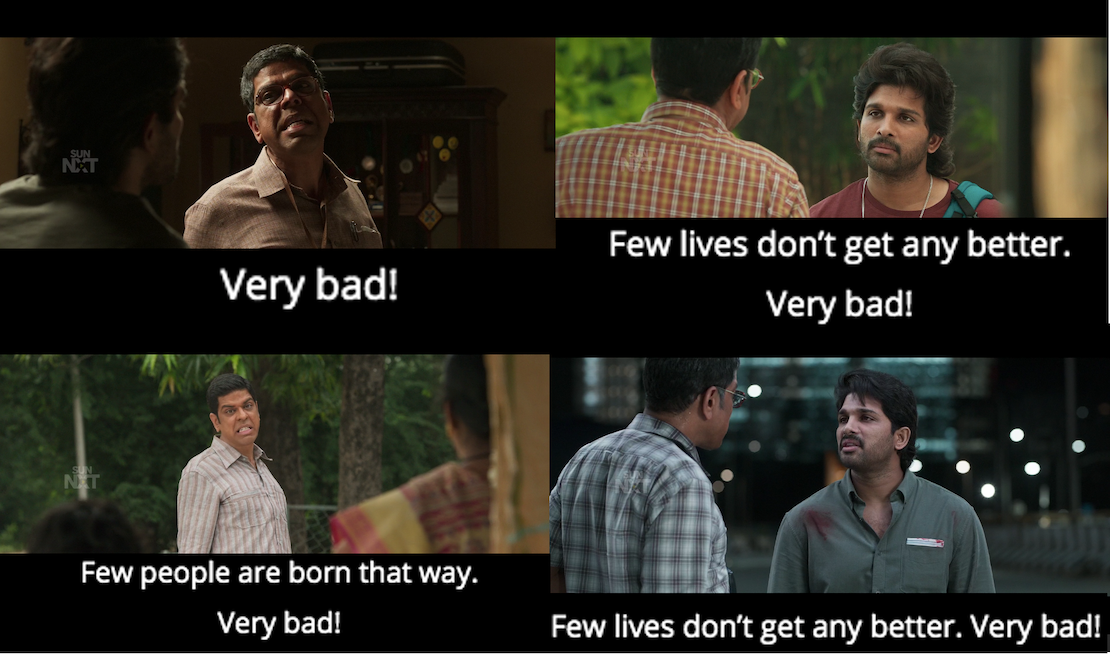 This set-up and pay-off pattern continues through the film. For example, Appal Naidu tries to kill Bantu’s father using his umbrella in the first half, and in the climax, Appal Naidu is killed by Bantu in a similar fashion, albeit using a barbecue skewer!

But the biggest and most entertaining set-up and pay-off is in the journey that Bantu and audience go on, together. At the start, Bantu is taken away from his family, and only Valmiki and the audience are aware of it. So we sympathise with Bantu. Through the film, Bantu wins us over with his combination of heroism, innocence and moral uprightness, and we want things to go right for him. By the end, Bantu’s real mother gives him his rightful wealth without knowing the truth, making the audience feel superior, like a part of some secret club. Valmiki suffering a loss (his son is back to his home, but does not acknowledge him as his father) further doubles up this feeling of privilege and satisfaction.

And that sums up what Ala Vaikunthapurramloo manages: An audience connection so strong and multi-layered, that they own the film and the lead character, and become its advocates, not just audience. 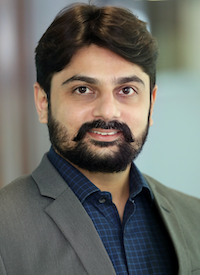 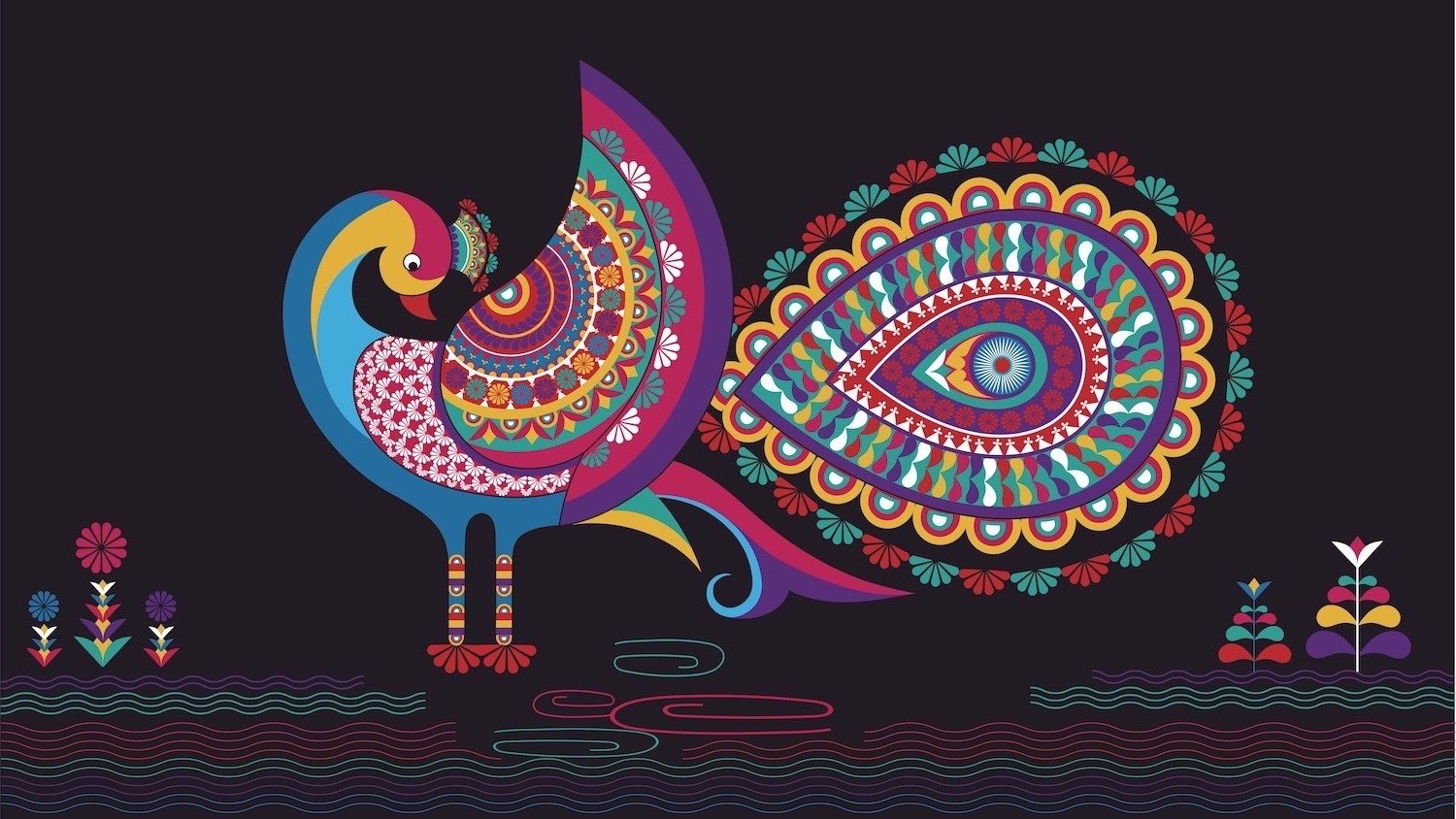 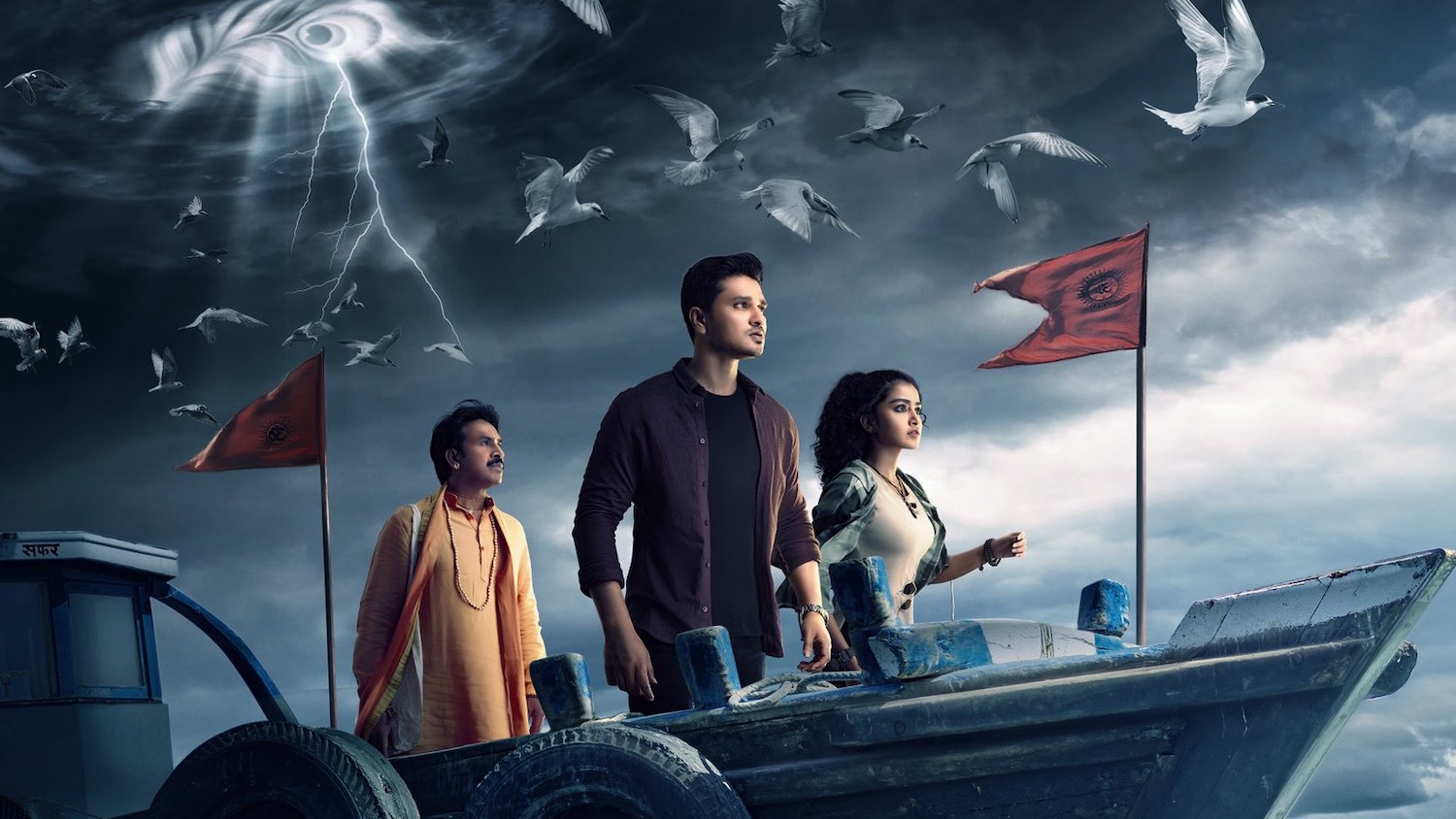 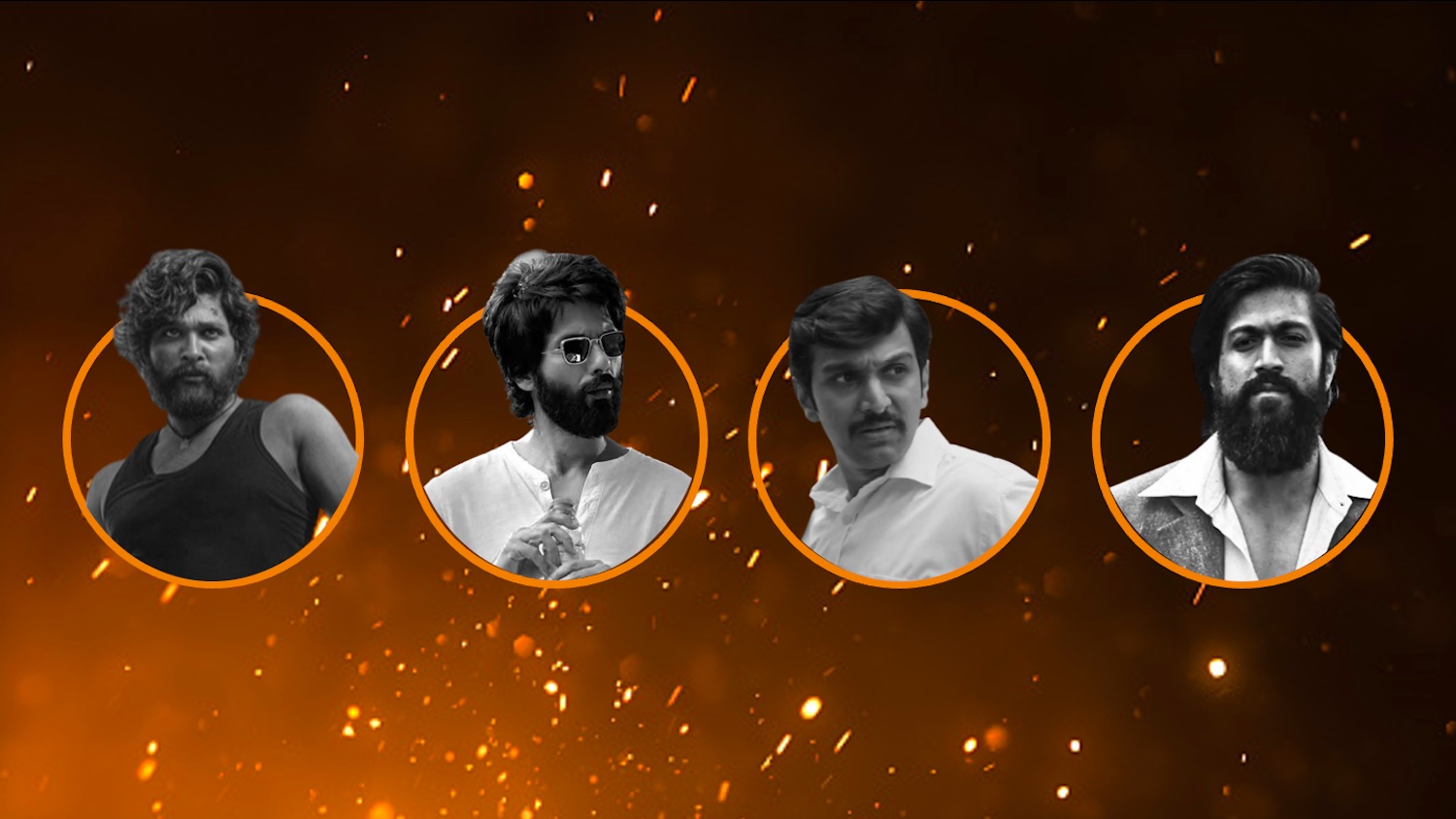