Despite filming restrictions, and on-air absence of lead character Jethalal for two weeks, the show strengthened its viewership in May 2021 because of effective content innovation

April 2021 was an unusually disruptive month for television, especially for the Hindi GEC category. With three major events - the second COVID wave, IPL and the state elections - running through the month, the category had to fight a tough battle to maintain its share of eyeballs. The situation got only more challenging because lockdown restrictions imposed in Maharashtra prevented filming of content in the state, forcing production houses to shift base to other states for almost two months. Under normal circumstances, IPL’s postponement would have been a huge opportunity for Hindi GECs to advance their new show launches. But the focus was entirely on somehow keeping the prime-time running. Only one Hindi GEC show (Sasural Simar Ka 2) launched over the months of April and May - an all-time low for the category.

In this challenging scenario, how did the top shows fare? The chart below compares the ratings of the top 10 fiction shows in the Hindi GEC category across two time periods. Wk 14-17 (April 3-30, 2021) is the four-week period that ended with the IPL postponement. Channels began to run out of banked (pre-lockdown filming) episodes towards the second half of this period. Wk 18-21 (May 1-28, 2021) was an IPL and elections-free period, but also one in which channels had to shoot outside Mumbai extensively, often in hotels and resorts in other states, leading to story disruptions, not to mention the additional challenge of having several cast members being unavailable due to COVID infections.

As can be seen in the chart above, the impact of IPL postponement was neutralized by production constraints mentioned earlier, and most shows either remained stagnant across the two periods, or showed a minor growth or drop. Except one: Sony SAB’s Taarak Mehta Ka Ooltah Chashmah.

On the face of it, Taarak Mehta Ka Ooltah Chashmah (TMKOC) should have been the least-likely candidate for the position of the biggest gainer in this period. The setting of Gokuldham Society is inseparable from the show, and a departure from this setting for an extended period of six weeks (and counting) meant disruption of a core attribute of brand TMKOC.

The odds stack up further against the show, because the story moved to a resort, where only two characters from the show’s famed ensemble, Popatlal and Dr. Haathi, were a part of the show for the first two weeks of the resort story (Wk 18-19). The absence of Jethalal and the larger ensemble should have dented the show’s core promise of a wholesome, multi-cultural cast (Read this analysis for more).

Yet, TMKOC saw a dramatic 32% growth in this period, a large component of which is growth via time-spent, highlighting higher audience engagement. This is the best four-week run for the show since the first lockdown was announced last year in March. Let’s understand some important factors that contributed to the show’s growth against conventional norms.

Because of numerous pandemic-led restrictions, almost all episodes of TMKOC over the last one year transpired within Gokuldham Society. Much as the Golukkdham set is the mainstay of the show, the show has used other locations, including those outside Mumbai, effectively to break visual monotony in the past. But the pandemic curtailed such possibilities. Even festival celebrations, one of the show’s signature elements, have been muted over the last year.

While the shift out of Gokuldham was forced by a lockdown, it worked as a blessing in disguise, providing viewers a much-needed break from the visual sameness that had set in over the last year. The move to an open, picturesque resort, where the plot of ‘Mission Kaala Kauwa’ unfolds, has brought freshness, color and scale to the show.

More heft in the narrative

Over the last year, loyal viewers have started expressing concerns around the quality of plot points and humor being offered by the show, especially in comparison to pre-lockdown episodes. The disappointment of fans has slowly made its way to social media and consumer focus groups too. 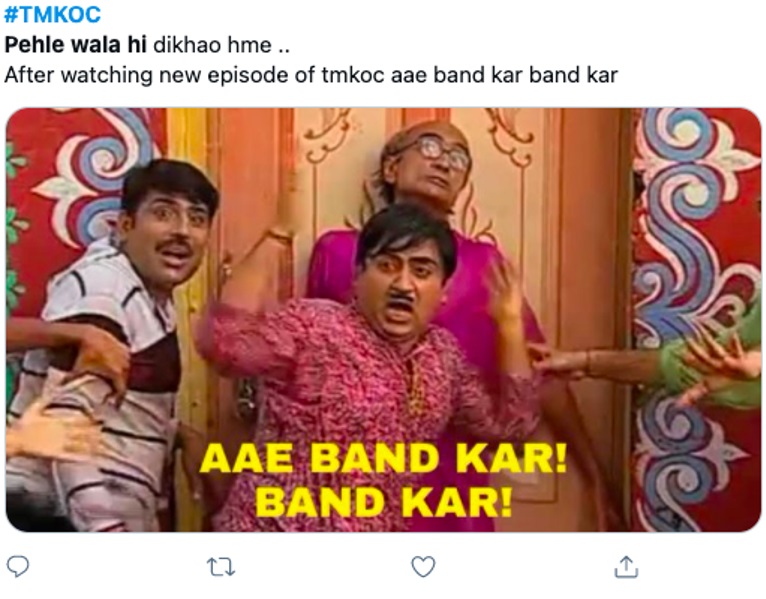 A lot of episodes over the last year, barring the Bhogilal track, felt like they were written either in a haste or under difficult circumstances, failing to live up to the high standards set by the show itself. But Mission Kaala Kauwa, where Popatlal takes up the challenge of busting a racket that’s black-marketing COVID medicines, vaccines and oxygen, combines plot and comedy in a way that’s effective and entertaining in equal measure. These episodes, unlike those over the last year, are low on predictability, leading to thrill and anticipation. At more than six weeks, this could be the longest plot point TMKOC has ever indulged in. The objective of nabbing black-marketeers brings purpose to the narrative, giving it a strong structure which episodes over the last year have often lacked.

Dialing up the humor

A strong narrative cannot work for a comedy show unless the humor matches up to it. Despite Jethalal’s absence in the initial two weeks, the humor quotient in the Mission Kaala Kauwa episodes is remarkable, aided in no small measure by Popatlal’s transformation into an elderly Maharashtrian man Rajamani. His unusual accent and body language, and moments of him oscillating between the two characters, make for highly entertaining viewing. His interaction with his ‘daughter’ in the mission, Chintamani, reminded me of the comic chemistry between the smart detective Karamchand and his dim-witted assistant Kitty. 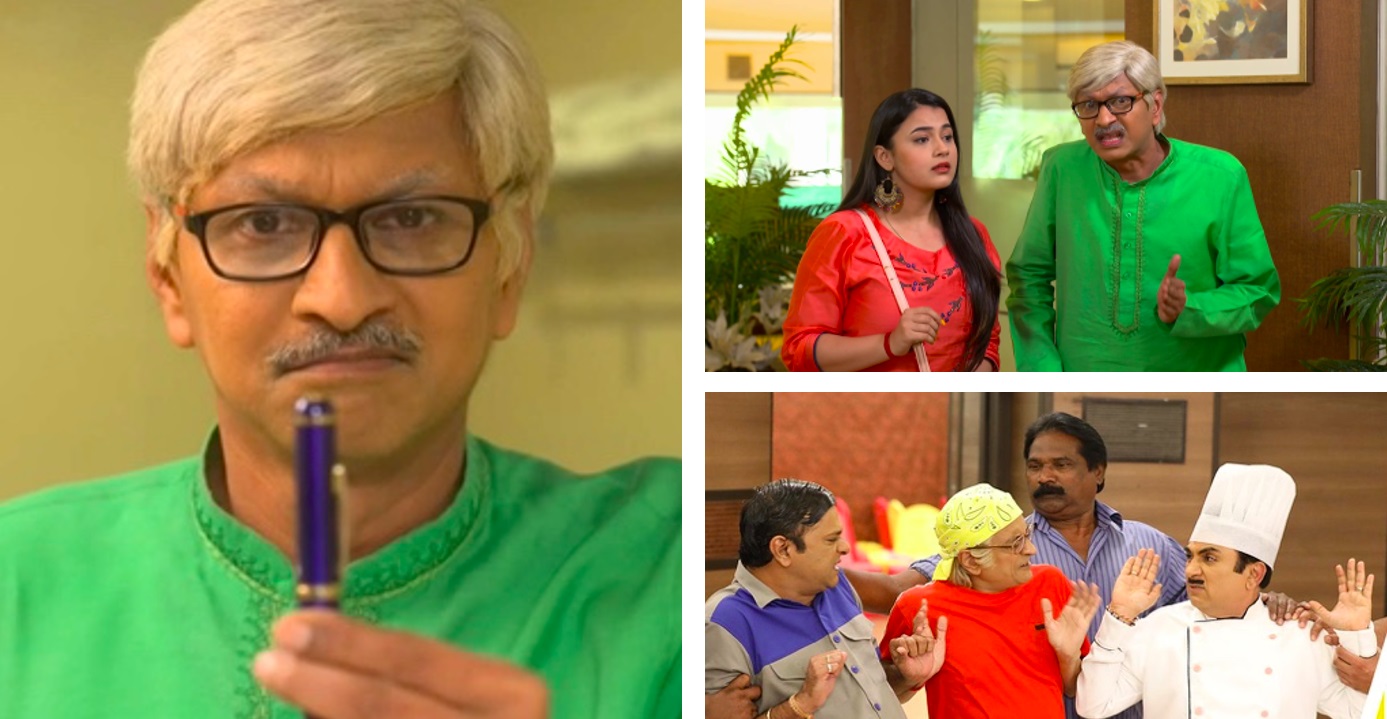 Physical comedy has not been TMKOC’s brand of humor traditionally, and since the exit of Daya from the show, it’s been left to Jethalal and Bapuji to deliver physical comedy on occasions. But the Mission Kaala Kauwa period has seen the show exploring this space unabashedly. With a strong lead performance (Popatlal/ Rajamani) holding it together, the outcome has been more than satisfying.

If Jethalal and the Gokuldham ensemble are two pivots on which TMKOC has been running successfully over the years, the show’s ability to remain socially relevant, and touch upon topical issues lightly but meaningfully, has been its key differentiator vis-à-vis other comedies. Tracks featuring social themes, such as the following, have been presented very well over the years. 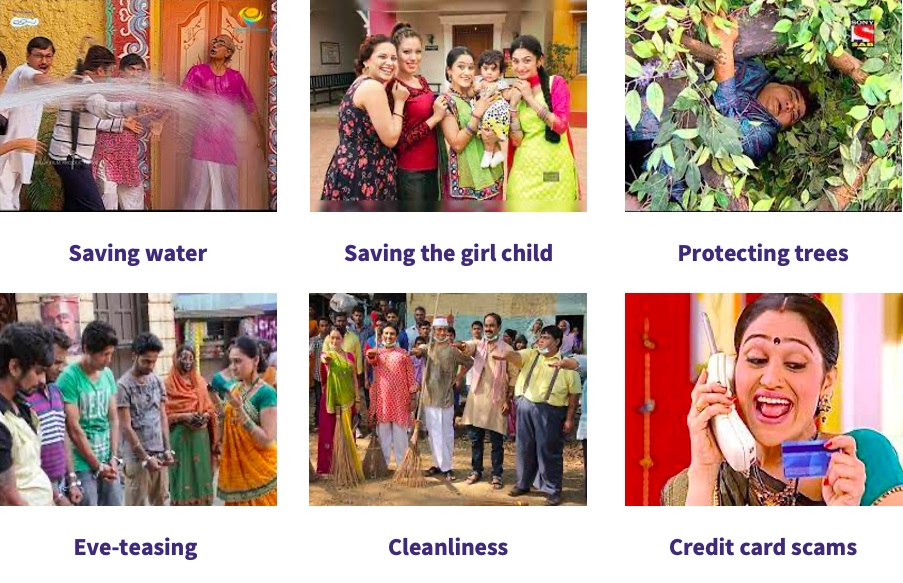 In the pandemic period, the show started to lose this social differentiator, perhaps because there was little else to highlight socially except the pandemic itself. In the Mission Kaala Kauwa episodes, the social focus is back, with the highly-pertinent issue of black-marketing of COVID medicines, vaccines and oxygen, making these episodes relevant, relatable and informative.

In crisis comes the opportunity to innovate, and challenge the status quo. The makers of TMKOC have managed to use the pandemic-induced lockdown in 2021 to nip concerns around content fatigue in the bud. Let’s hope the show now finds a new lease of life back in Gokuldham too. 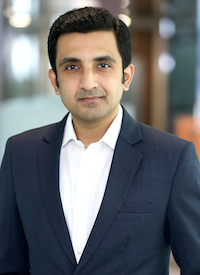 After having worked with Ormax full-time from 2016 to 2021, Sorabh is now associated with the company as a mentor, where he guides young team members on projects related to marketing & branding, and also oversees the company's digital marketing initiatives. He also plays an important role in the company's human resource development, especially in nurturing the company's culture and in mentoring new team members.

Before joining Ormax Media in 2016, Sorabh held various positions at a global marketing research firm for six years. He also assisted in film direction for a year before starting his corporate career. He holds a master’s degree in International Marketing from the University of Strathclyde, Scotland. He is a devout fan of 90s’ Hindi cinema and a cricket addict, and keeps himself updated with latest trends in social media.

After having worked with Ormax full-time from 2016 to 2021, Sorabh is now associated with the company as a mentor, where he guides young team members on projects related to marketing & branding, and also oversees the company's digital marketing initiatives. He also plays an important role in the company's human resource development, especially in nurturing the company's culture and in mentoring new team members.

Before joining Ormax Media in 2016, Sorabh held various positions at a global marketing research firm for six years. He also assisted in film direction for a year before starting his corporate career. He holds a master’s degree in International Marketing from the University of Strathclyde, Scotland. He is a devout fan of 90s’ Hindi cinema and a cricket addict, and keeps himself updated with latest trends in social media. 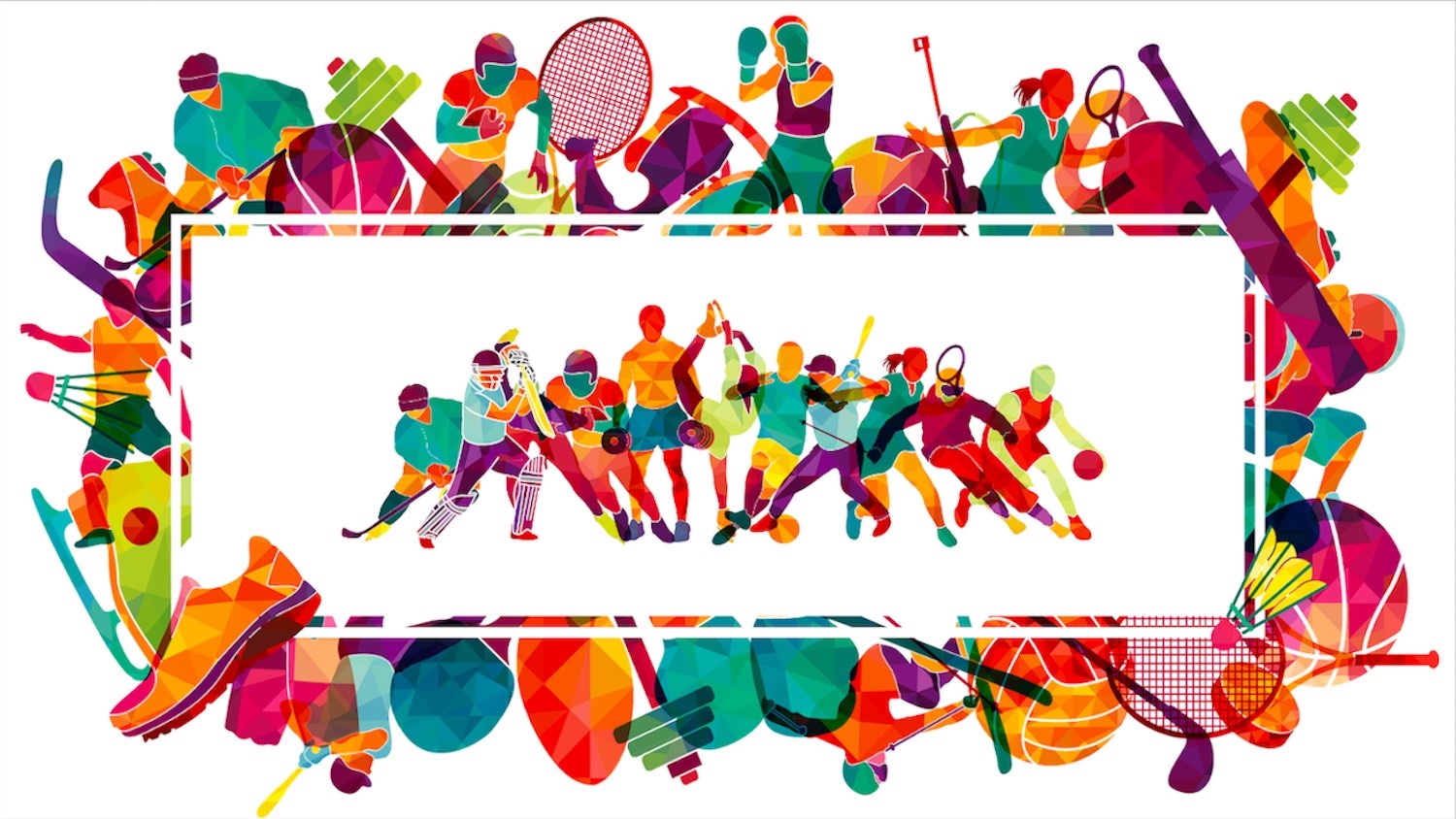 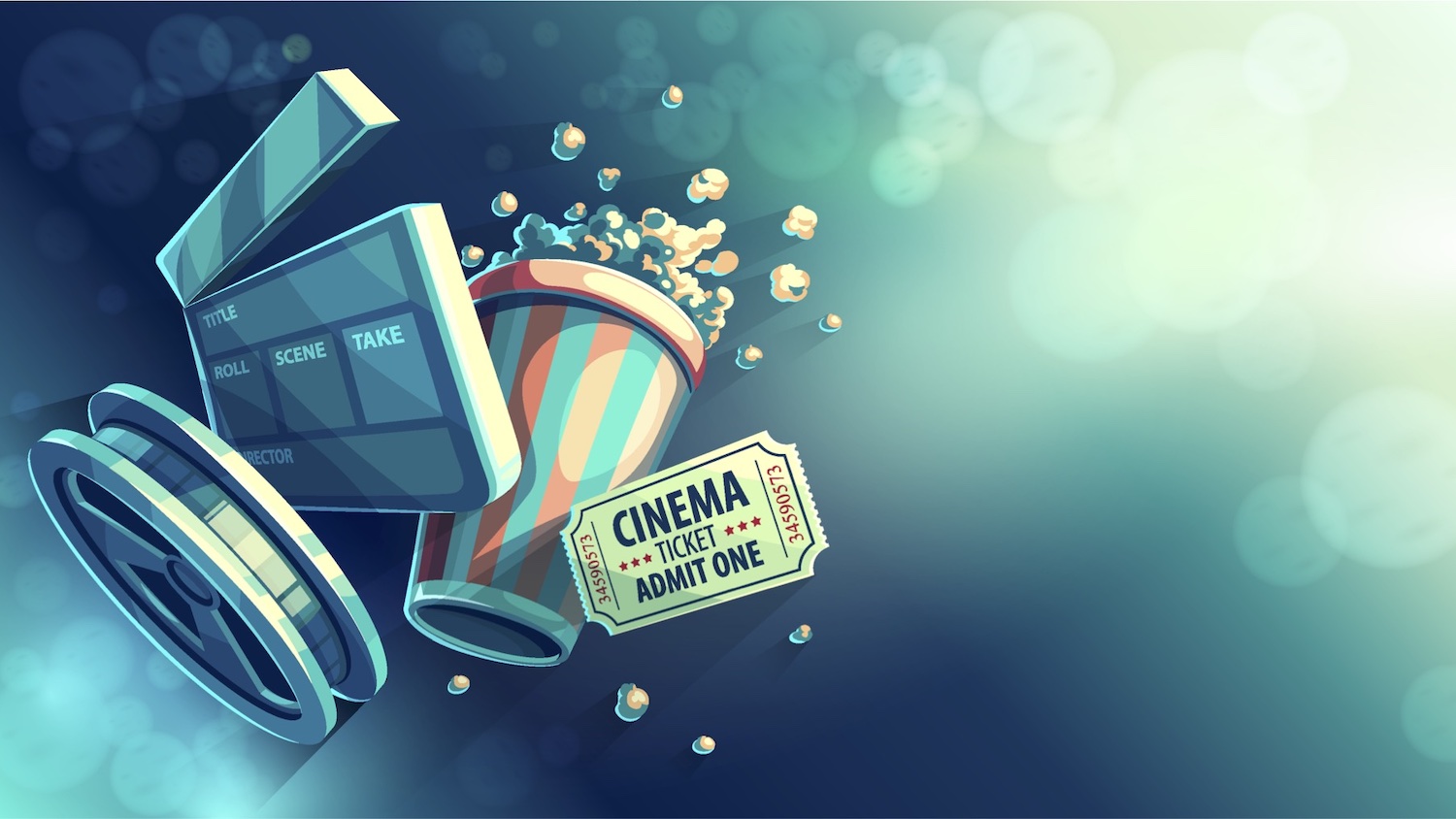 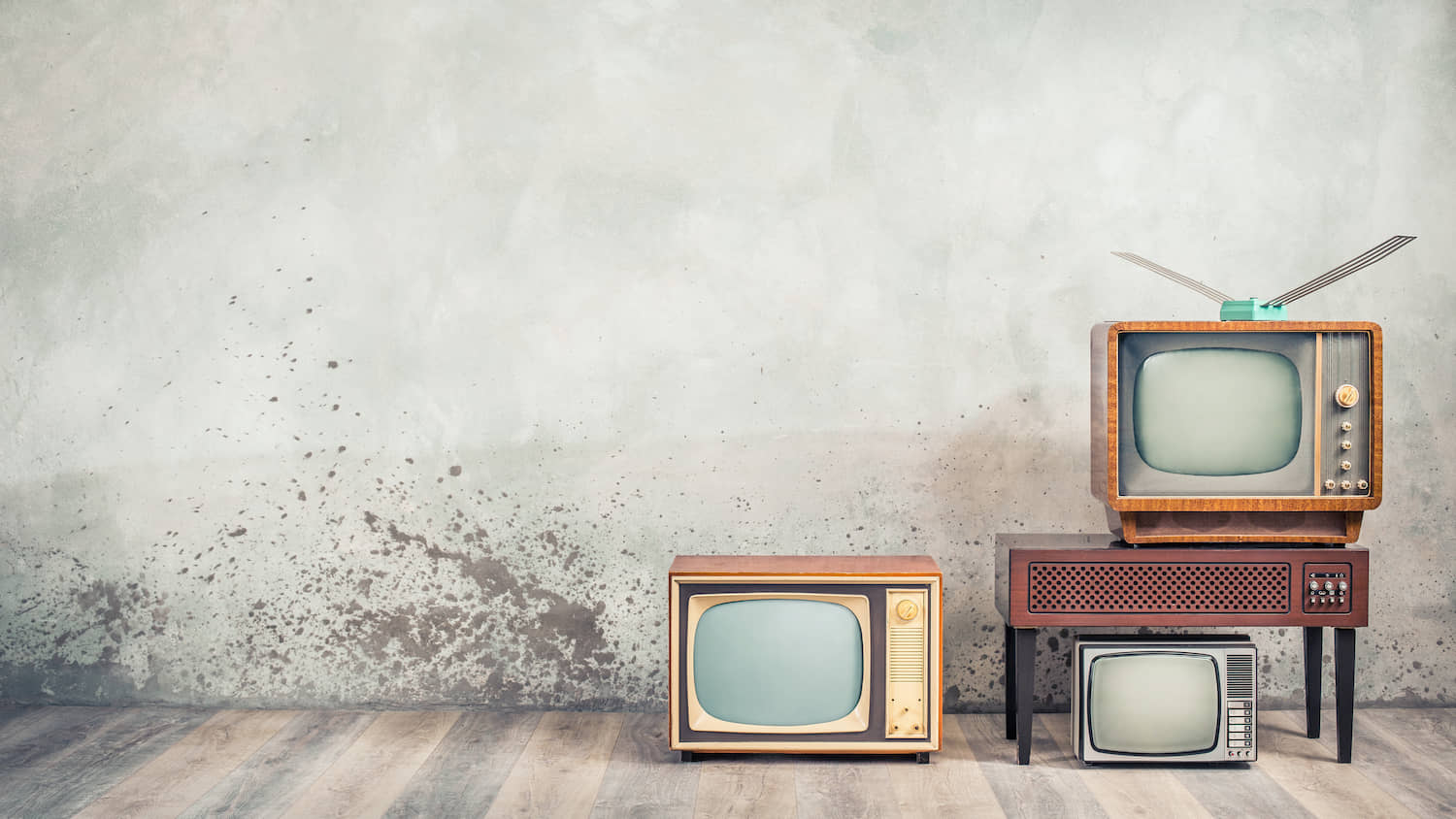